4 Real Examples of Killer Copywriting (And What Makes Them Work!) 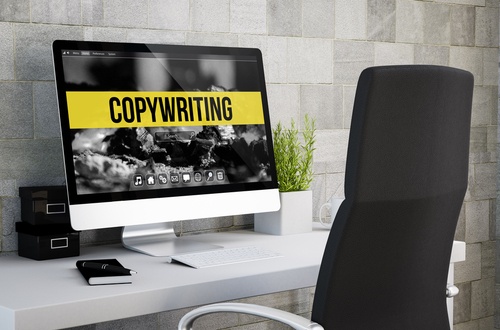 Like a color or true love, top-notch copywriting is one of those things that's easier to identify than it is to describe. We've all seen examples of awesome writing, whether they've been online or simply on a print ad on a bus or highway.

But if you're a freelance writer or a business owner looking to write better copy, identifying examples of great copywriting will only take you so far. Yes, you might be skilled enough to imitate some examples you've seen, but for true mastery, you should understand the techniques behind great writing.

In other words, you want the what as well as the why.

Here are 4 examples of high-quality copywriting from actual advertisements that companies used successfully to sell their products, with explanations of why they are effective:

1. "They Laughed When I Sat Down at the Piano, But When I Started to Play!"

John Caples for The U.S. School of Music

Why it works: This classic ad has been studied and copied for dozens of years, with good reason - it's one of the best examples of storytelling in advertising history. The headline alone paints a vivid image of a person being sneered at after attempting to play piano, which is continued throughout the ad itself. Caples forces the reader to envision themselves dazzling friends and family members, masterfully playing on the basic human desire to impress others.

2. "At 60 miles an hour, the loudest noise in this new Rolls-Royce comes from the electric clock"

Why it works: David Ogilvy wasn't given the nickname, "The Father of Advertising" for no reason. He has stated that this Rolls-Royce ad was his personal favorite - it's also arguably his most famous. The writing works because it grabs attention immediately by bringing up an unexpected comparison. How many other luxury car makers do you think were advertising how quiet their clocks were? From there, Ogilvy takes the reader through a series of matter-of-fact statements that describe the rigorous testing and construction requirements. This paints exactly the type of meticulous, precise image that the advertisers wanted their brand to represent.

Why it works: While the concept of a "dollar letter" - attaching money to a piece of sales correspondence - wasn't technically invented by Halbert, he is the writer who made its use famous. One of these letters would typically include a dollar bill attached to the paper (obviously), and an explanation that, yes, this was real money for the recipient to keep. From there, Halbert would go into the full sales letter, explaining why he was sending money. The specific reason varied depending on the client he wrote the letter for, but it worked by grabbing attention and standing out from others. It also proved that the advertiser was serious about promoting their product-; after all, who would give away money to promote something if they weren't confident in their offer?

4. "To Housewives Who Buy Condensed Milk"

Why it works: This is a great example of what people mean when they say that content marketing has actually been around for a long time. At its core, this ad for evaporated milk is simply information. It doesn't rely on any fancy tactics or disruptions - it straight up tells the audience why the advertiser's product is better than the status quo. If you are selling a product or service that has real value and can make an impact, you shouldn't have to rely on fancy gimmicks or tricks. Just explain why you are better and give them a chance to see for themselves.

These ads are all different in their own way, but share one similar quality: They use killer copywriting to get the job done. By studying these legendary examples from the masters, understanding the techniques they used, and applying them in your own writing, you'll have a much better chance at successfully winning customers and fans.

Are You "Au Courant" with the SEO Scene?