Content Marketing Tips From The Great Writers Of History 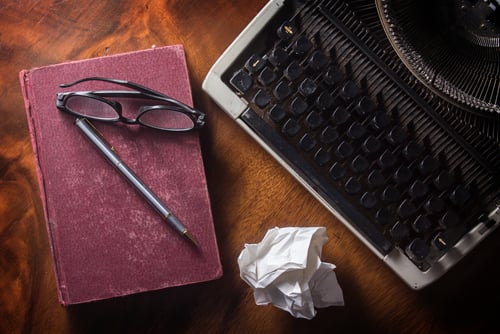 Content marketing often seems like a very modern concept: now that the digital age is in full swing and people have volumes of content at their fingertips thanks to the Internet, every company seems to be jumping on the content marketing bandwagon.

Despite content marketing's strong roots in the 21st century, though, modern writers would be remiss to ignore the wise words of writing greats from centuries past. Even though they might have never known what a blog was or how to write in a way that is sensitive to the principles of SEO, there is still much that we can learn about the art of content writing from these important historical writers.

“Don’t loaf and invite inspiration; light out after it with a club”

– Jack London, from “Getting Into Print” in The Editor Magazine, 1903

In this quote, London addresses the dreaded concept of “writer’s block," something every writer faces: sitting down at their computer, a blank page staring back, and not having any idea where to begin. London encourages writers to aggressively seek out ideas to write instead of sitting back and waiting for them to come around. For content writers, going after inspiration could mean reading similar works by other writers, researching their assigned topic, or learning more about their clients.

– Ray Bradbury, from a 2001 interview with Salon

Although Bradbury lived to see the dawn of the Internet era, much of his most well-known work was produced in the middle of the 20th century, and he often shunned new-age technology like video games and computers. In this quote, Bradbury speaks to the importance of being humble and willing to concede that your past work might not have been perfect. Not every piece of content that you produce will be brilliant, but by recognizing this fact and coming to terms with it you can improve your writing for the future.

This quote by the famous French writer Voltaire expresses the importance of leaving things unsaid. As writers of content marketing, it is certainly our job to thoroughly cover the topics that we write about. However, it is also important that we leave our readers wanting to learn more about the clients that we write for or the products they offer. Leaving some things unsaid in our content, as Voltaire suggests, will build intrigue and entice readers to take action to get more information about the companies we write for.

Although edits and changes are commonplace for content marketing writers, the thrust of this quote from Nobel prize winner Saul Bellow is that our best ideas often come to us when we least expect it. If you are really struggling with an assignment, put it down and focus on something else for some time. Even the most mundane household acts might bring you some inspiration that you didn’t know you had: the ideas we get when we aren’t trying to find them are often the best ones.

– Blaise Pascal, from “Letter XVI” of the Lettres Provinciales

In this quote, 17th-century French writer Blaise Pascal touches on the importance of being concise. In content marketing there is a tremendous amount of competition: not just from other marketers, but from anything that vies for the attention of readers. To have a better chance of achieving success with the content that you write, you need to be brief so that you do not bore your readers and run the risk of losing their attention.

Even web writers can learn things about their craft by heeding the words of famous historical figures. With a little help from these great authors, novelists, and philosophers of the past, you can provide your modern-day clients with highly effective content marketing.

How to Write a Great Blog Post Every Time