Why Every Web Writer Needs a Google+ Profile 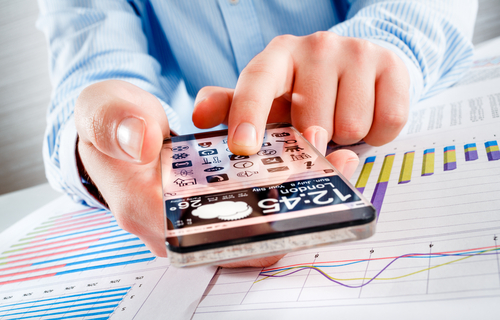 While many Internet pundits are trumpeting the demise of Google+, savvy web writers are hurrying to create a profile...if they haven't done so already. As many online marketers have learned over the past couple of years, one ignores anything Google does at one's peril. Admittedly, nearly everyone who has used the Google+ will attest to the fact that Google+ is not the easiest platform to use. However, there are several very good reasons to spend the time deciphering Google's attempt at social media:

Why a Web Writer Needs a Google+ Profile

It might seem easier to just dismiss Google+. After all, you're on Facebook, Twitter and maybe a few other social media sites. That's where your friends and fellow writers hang out. However, there are many tangible, and a few less tangible reasons, for writers to create a Google+ profile.

In order to sign up for Google authorship, you must first have a Google+ profile. Google authorship is the function that ties all of a particular web writer's articles together (as long as they have byline), no matter what writing platform or what client they are written for. You've probably seen such listings in search. They are the listings with the little author's pictures next to them. According to Demian Farnworth, writing for Copyblogger.com, web surfers are more likely to click on the result that has the picture next to it than one that doesn't have a picture. It makes sense. We're a visual society.

2. It helps your Klout score.

The more social media platforms you participate in and the more people like, share and comment on your work, the higher your Klout score grows. What's a Klout score? It's an attempt to measure the social media acumen and participation of a particular individual. To a web writer that can be useful in showing potential clients that you know your way around social media. Anyone can say they use Facebook and the like to promote their articles. A Klout score helps you prove it.

Some content sites require a web writer to be active on Google+ before they are able to write for them. Other content sites have a Google+ requirement for certain types of assignments.

This is the intangible benefit. Whether adding Google+ to your social media portfolio really helps your articles rank better in Google searches is debatable. However, the search engine giant's influence throughout the Internet is undeniable. Since it only takes a little time to set up a profile, it just makes sense. It couldn't hurt your rankings and it might very well help them. Many search engine pundits, such as Barbara Starr writing for Search Engine Land.com, see search moving from keyword-based algorithms to semantic search formulas that take relationships and interaction into account. Starr sees maximizing your presence on Google+ as being key to success in this new web environment.

5. It shows clients that you're serious about web writing.

As with other social media profiles, being active (or at least semi-active) on Google+ shows potential clients at you are a web writer who is serious about his or her craft. For some reason, clients who aren't as web-savvy, take greater stock in a web writer having a Google+ profile than being active on sites like Facebook or LinkedIn.

Although Google+ can be a challenge to master, you'd be wise not to dismiss it entirely. Google's advent into social media may be a little clumsy, but it can offer some decided advantages in your web writing career.

Online Readers Are Different: Capture Them In 2014

What Freelance Writers Need to Know about Saving for Retirement